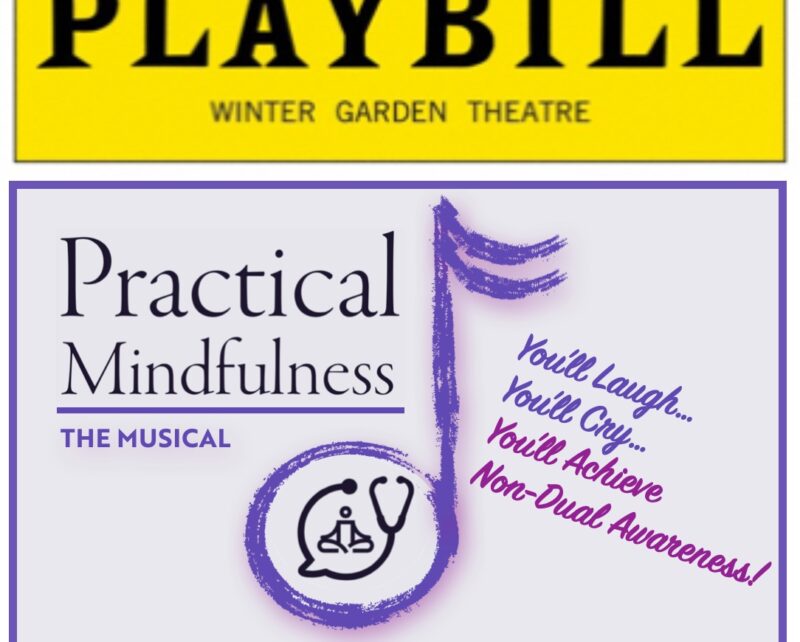 A SHORT RUN FOR MEDITATION-BASED MUSICAL

New York, April 1, 2021 (AP):  Despite enlightened expectations, Practical Mindfulness, The Musical, the highly-anticipated musical adaptation of Greg Sazima’s popular non-fiction self-help guide, has closed after but one performance.  Backers released a statement, citing “financial and medicolegal mindlessness” for the abrupt ending of the non-fiction/fantasy musical’s brief run and resultant mass neurological disaster that ensued. From their press release:

“It’s unfortunate that we had to close, with our goal of good health and great entertainment ended so prematurely.  Mistakes were made.  Our mindful thoughts and good vibes to the many injured; to all of them, we say, “whoopsie!”

PMTM’s genre-busting approach promised an innovative and immersive experience, marrying guided meditative exercises with a complex narrative involving non-duality and Busby Berkeley-style dance numbers.  But problems both in the story and especially in its production doomed the show’s success,  as well as the health of many opening night performers and attendees. Some of the many problems included:

With only playbills available as cranial protection and then as ersatz bandages, one block of Broadway was quickly converted to a field hospital, with show producers offering refunds and logo’ed PMTM meditation cushions to the injured for seating comfort.  “Covering their asses more than mine!”, one litigious theatergoer was heard to complain to medical staff.

The New York Times’ scorching review of PMTM, entitled, “Om, the Humanity!”, sealed the fate of this once-promising production.

(Stay safe…. and look out for hardware.) GCS