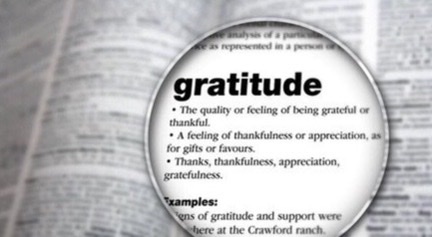 The ever-surprising, never-dull, tragi-comic year 2020 continues apace. (Over, already!)  That cartoon New Year’s baby that appears in media graphics may now be imagined as a grotesque– perhaps the little dude from those 80’s Chucky movies.

In my clinical practice, the preponderance of the work has been an inversion of what we psychobabble afficianados’ term, “reality-testing.”  The usual reference here is in gently challenging individuals’ distorted, usually conditioned views about themselves or others.  We may “test” –well, carefully refute– the perceived reality of, say, their trivial mistakes of the moment certifying some core, poor sense of themselves,  or that a loved one’s offhand comment about their hairstyle/listening ability/flossing regularity portends an ominous future for relationship.  Some real serious stuff, and not-as-serious stuff, but we can all misperceive things, like looking into a funhouse mirror (back when we used to go to amusement parks… thanks again, 2020!)

The inversion of late has been that rather than talking folks out of more catastrophic interpretations of experiences, I’ve found myself more often endorsing their validity.  The current reality is testing us all. Feeling various degrees of lousy about the cycle of stuff we have to cope with is definitely suffering, but it’s not pathology.

But besides this kind of consolation and reassurance about a common sense of what we’re up against, most of us are also trying to locate something solid to be “on,” to be “for.”  I’m referring here more to a state of mind, of attitude, rather than of stuff to do.  Many of us have engaged, if not exhausted, the COVID playlist of closets to clean, shows to binge, calls to make, and neighbors to check in on, safely.

A useful alternative in the face of the virus-driven awareness of what’s wrong in our moment is to flip the script and also attend to what’s right, what positivity we can still squeeze out of life in this time.  This can be a fraught exercise, as many currently have little to look with hope upon, especially those more heavily burdened with economic, health, and inequality risks.  Yet there are universal, positive capacities common and accessible to all of us to reach for.  They go by at-times generic, now culturally diluted terms.

These positive “superpowers” are in my outlook an aspect of our deepest belonging,  but get obscured by human conditioning.  Eastern modes of understanding frame them as present in all of us, a default birthright of awareness – just clean the mud of distraction off. Western spiritual and psychological models, being more pathology-based strive for these as attainments to acquire and develop.  Regardless of the approach, in the midst of so much s**t to clean our way through right now, the idea of focussing on something good to reach through the fog for seems inviting and potent to me.

Mindful practice is often occupied by navigating that conditioned crud.  it’s about becoming aware of it over and over, so that it doesn’t operate silently, like a, well, virus.  But, as anything in our landscape of mind can be a target of attention and for practice, we can switch out our watching of the breath for, say, the idea of gratitude (or grace, or compassion).  Like a meditating “Iron Chef”, we can make it the “theme ingredient” for some or all of a sitting.  That ingredient can be the idea itself to mediate on; another way is to import some representative of that idea to work with.  This can be the image in mind of an exemplar in your own life of that attribute (a parent, a teacher), a recalled moment of your own gratitude or another’s to you; or an icon, whether historic or divine (MLK, Jesus, Allah, Buddha.)

However generated, then we observe…what germinates from opening to it?  What feelings and sensations emerge?  Or does mind run off the rails to distraction? Like with the breath, we bring awareness back to the state of gratitude (etc.), and watch again. Practicing letting ourselves feel immersed in gratitude, and observing its effect on us on and especially off the cushion, that’s a fruitful exercise.